Testosterone is a hormone that is produced primarily in the testicles for men and the ovaries and adrenal glands for women. This hormone is essential to the development of male growth and masculine characteristics.

For women, testosterone comes in much smaller amounts. Testosterone production increases about 30 times more during adolescence and early adulthood.

After early adulthood, it’s natural for levels to drop slightly each year. Your body may see a one percent decline after you’re 30 years old.

Testosterone plays a key role in:

What Are Some Other Benefits of Testosterone Optimization

A healthy heart pumps blood to the rest of the body, providing muscles and organs with the oxygen needed for peak performance.

Some were able to increase their walking distance by 33 percent. Another study found that hormone therapy only widened healthy arteries but had no effect on angina pain. 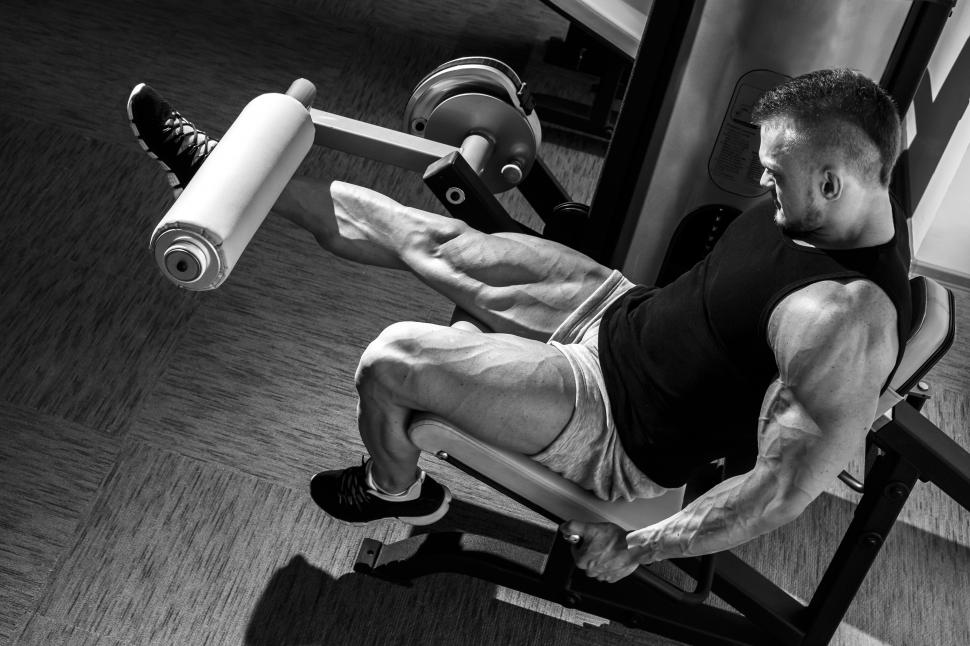 Some men reported a change in lean body mass but no increase in strength. It’s likely you’ll see the most benefits when you combine testosterone therapy with strength training and exercise.

This raises the risk of weak bones and osteoporosis. Strong bones help support your muscles and internal organs, which can boost athletic performance.

Another study of females transitioning into males found that testosterone increased bone mineral density. But it’s unknown if testosterone can help with reducing fracture risk.

Testosterone can have a profound affect on verbal memory, spatial abilities, and mathematical reasoning. Research shows that men with higher ratios of total testosterone have a reduced incidence of Alzheimer’s disease.

There’s also evidence for a strong correlation between testosterone and thinking abilities such as verbal memory and faster processing speed.

Testosterone treatment for men aged 30 to 70 years has shown an improvement in spatial memory.

Older men need more testosterone for libido and erectile function. But it’s important to note that erectile dysfunction is often due to other conditions or medications rather than low testosterone levels.

Studies show that testosterone therapy can benefit your sexual health and performance. It also shows that there is a maximum level of testosterone before there’s no increased response.

For men who don’t have hypogonadism, increasing your testosterone may not benefit your libido.

The effects of testosterone replacement therapy on mood can vary.  Research suggests that this treatment may also be an effective anti-depressant treatment.

Testosterone is the primary male sex hormone (androgen), which is also naturally produced in smaller amounts within the female body.

Largely produced by and regulated through a joint effort of the glands and organs which make up the Hypothalamic-Pituitary-Testicular-Axis (HPTA).

Testosterone is the hormone responsible for the normal growth and development of male sex organs, and plays an integral role in: libido; mood; energy level; bone density; cognitive functions like memory and concentration; and secondary sex characteristics such as voice change, bodily hair growth, muscle mass, and fat distribution.

Andropause is the popular term for the condition associated with the physical, emotional, psychological and behavioral changes men experience as they age, but it goes by several aliases including late onset hypogonadism, male climacteric andropause, low testosterone, andropause syndrome, and androgen decline in the aging male. Often considered the male version of menopause, and in some respects that’s accurate, andropause is somewhat different.

More specifically, both conditions represent age-related primary hormone declines, which if untreated can result in a variety of adverse symptoms.

Although traditionally attributed to the aging process, many of the negative effects men start experiencing as they get older are caused by a significant decline in testosterone (the primary male hormone) production, resulting in diminished hormonal levels.

Of course testosterone is present in both males and females; however, males produce approximately ten times more testosterone than their estrogen-based female counterparts.

Testosterone is the male body’s primary natural hormone, and is integral to male development from birth onward with responsibilities which include: determining gender, moderating pubertal changes; maintaining male potency (libido & sexual functioning) and; the partitioning of bodily muscle and fat distribution.

It is also foundational to a male’s sense of well-being, and figures prominently in physiological, biological, and sexual health, while influencing sperm production, stress coping capacity, mental acuity (clarity, memory & recall, concentration & focus), bone density, red blood cell production, and immune system support. So it’s easy to see why so many elements of health begin to breakdown as andropause progresses.

The primary difference between menopause and andropause is that of speed. Whereas menopause is a rather sudden, succinct, and more defined change andropause isn’t. Its onset, and declining testosterone production, begins around age 30 and progresses (at a rate of approximately one percent per year).

Virtually all men will experience andropause, but not all men will experience hypogonadic symptoms severely enough to seek medical help. According to the U.S. Census Bureau, approximately 15 million men have low testosterone levels, of which only 5-10% of these men will seek treatment, largely because many don’t realize this condition is correctable.

The symptoms of andropause are the same as those of non-age related testosterone deficiency, a.k.a. low testosterone, and are characterized by:

Although the above symptoms are most commonly attributed to andropause, this condition is also driven by your level of stress, quality of nutrition, amount of exercise and the environmental toxins you are exposed to on a daily basis.

Some of these symptoms can even be caused by other diseases and conditions such as diabetes, thyroid problems, medication side effects, depression, and excessive alcohol use. Testing is important to properly diagnose low testosterone levels.

Actually, routine physicals should expose this condition, but when advanced age is present in conjunction with complaints of traditional andropause related symptoms, physicians will typically employ a simple blood test to measure testosterone levels, along with the levels of both ‘bound’ (that which is attached to Sex Hormone Binding Globulin – SHBG), and ‘free’ (unbound) testosterone.

Deficiency is usually diagnosed when testing returns a total serum level near or below the established lower limit, which is generally 350 nanograms per deciliter (ng/dl).

The blood test should be administered in the morning, prior to daily stressors which can influence testosterone production such as work, exercise, medication, etc. Other measured hormone levels which usually accompany the testosterone measurement include DHEA, FSH, LH, and Estradiol. All blood testing should be conducted from 8:00-9:00 AM, when blood serum concentrations are at their peak.

Testosterone replacement should in theory approximate the natural (endogenous) production of the hormone. The average male produces 4-7 mg of testosterone per day in a circadian pattern, with maximal plasma levels attained in early morning and minimal levels in the evening.

There are different variations (preparations, esters, blends, etc.) of synthetic testosterone each with its own unique properties, and respective methods of action.

Here at Superior Genetix the most commonly requested testosterone preparations are injectable and transdermal forms.

Intramuscular Injection (IM) testosterone preparations are shot directly into the muscle, and then absorbed into the bloodstream via the capillaries. This is an extremely popular preparation due to its highly accurate dosing, varying time release qualities, and insignificant hepatotoxicity levels.

Transdermal Topical testosterone preparations can be made in cream or gel preparations and are rubbed into the skin and absorbed through it. Transdermals can be provided in different strengths ranging from 10 mg to 200 mg per milliliter.

For optimal benefit, twice daily doses are recommended once upon waking, and again later in the day at consistent times.

Patients on testosterone replacement therapy should be monitored to ensure that testosterone levels are within normal ranges.10 The prescribing physician should continually evaluate changes in hypogonadic symptoms, and address treatment side effects.

Serum testosterone levels should be checked 5 to 7 hours after application of transdermal delivery systems, when concentrations are highest.

Men forty and older should have a PSA test prior to therapy, and it should be repeated in 3-6 months, and then checked annually. A confirmed increase in PSA >2 ng/mL, or a total PSA >4.0 ng/mL requires urologic evaluation.

The hematocrit level should also be checked at baseline, at 3-6 months, and then annually.

A hematocrit >55% warrants evaluation for hypoxia and sleep apnea, and/or a reduction in the testosterone therapy dosage.26 Hypogonadal men with osteopenia should be having bone mineral density of the lumbar spine and/or the femoral necks tested after one year.

Testosterone deficiency occurs when there is problem with the HPTA, resulting in a condition known as hypogonadism, and is typically due to any of three basic hypogonadic conditions:

1) primary hypogonadism – originates from a problem within the testicles;

2) secondary hypogonadism – originates from a problem within the hypothalamus or the pituitary gland; and

There are a several symptoms associated with low testosterone levels. Such symptoms vary greatly from mild inconveniences like oily skin, to severe disabilities like impotence. Hypogonadic symptoms are often related and can be largely categorized.

Physical Appearance – Two of the primary measures/symptoms physicians use to aid in their physical diagnosis of low testosterone are the recent significant decrease in muscle mass and inversely increased body fat.

This condition is diagnosed in a multi-step process, and can be experienced by both genders but is often considered a male condition. The typical sequence of low testosterone diagnosis is self-reporting, standardized questionnaire, analysis of historical information (personal, sexual, and family), physical exam, and blood test.

The self-report reflects the current status of sexual function and secondary sexual characteristics, such as beard growth, muscular strength, and energy level.

These tests are usually administered while the physician is compiling an index of symptoms – pertinent sexual, personal, and family medical information all of which aids the physician in the identification of possible genetic traits and tendencies.

Examples of historical profile data include disclosure of:

Proper labs should be drawn to determine a diagnosis, and low testosterone levels are measured via blood test.

Although testosterone blood tests vary (especially older ones), a good test uses two samples to measure total testosterone level, and to directly measure or calculate the amount of ‘bound’ (inactive) testosterone and ‘free’ (available for function) testosterone within the bloodstream.

Sex hormone-binding globulin (SHBG) is a liver synthesized glycoprotein that binds with and disables circulating both androgens and estrogens, and is also used in the calculation of testosterone levels.

Other measured hormone levels typically include DHEA, FSH, LH, and Estradiol. All blood testing should be conducted in the morning from 8:00-9:00 AM when blood serum concentrations are at their peak.

The Clinical Rationale For TRT

Testosterone replacement should approximate the natural, endogenous production of the hormone. The average male produces 4-7 mg of testosterone per day in a circadian, diurnal pattern, with maximal plasma levels attained in early morning and minimal levels in the evening.

There are different variations (preparations, esters, blends, etc.) of synthetic testosterone each with its own unique properties, and respective methods of action.

Patients on testosterone replacement therapy should be monitored to ensure that testosterone levels are within normal ranges.

The prescribing physician should continually evaluate changes in hypogonadic symptoms, and address treatment side effects.

Serum testosterone levels should be checked 5 to 7 hours after the application of transdermal delivery systems, when concentrations are highest.

It is recommended that men forty and older have a Prostate Specific Antigen (PSA) test prior to therapy.61 The PSA test can be repeated in 3-6 months, and then checked annually.

The hematocrit level can also be checked at baseline, at 3-6 months, and then annually. A hematocrit >55% may warrant evaluation for hypoxia and sleep apnea, and/or a reduction in the testosterone therapy dosage.

Hypogonadal men with osteopenia may consider having bone mineral density of the lumbar spine and/or the femoral necks tested after one year.

Abuse of testosterone, usually at doses higher than those typically prescribed and usually in conjunction with other AAS, is associated with serious safety risks affecting the heart, brain, liver, mental health, and endocrine system.